WATCH ABOVE: Ipsos polling done exclusively for Global News shows 60 per cent of us say our screen time has increased due to things like working from home and online school.

While the coronavirus pandemic has wreaked havoc across the country, when it comes to personal finances, young and unemployed Canadians have been the hardest-hit, a new poll has found.

The poll, conducted by Ipsos exclusively for Global News, found that 35 per cent of 1,000 Canadians surveyed indicated their overall financial situation has worsened over the past year amid the COVID-19 pandemic.

But nearly half (49 per cent) of the respondents said they have experienced no change in their financial situation the last year, while 15 per cent said their situation improved.

Ipsos Public Affairs CEO Darrell Bricker said when it comes to how Canadians are coping with the pandemic, especially financially, they are “basically divided.” 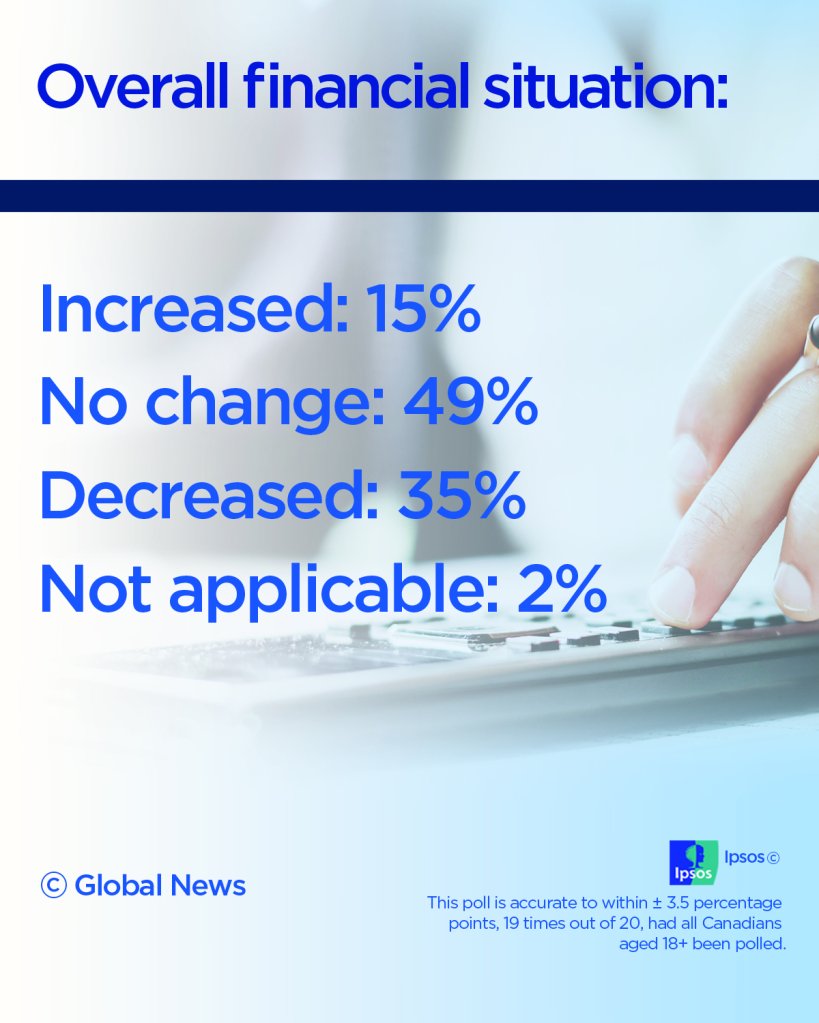 However, Bricker said those who “seem to be really struggling,” are younger Canadians.

“While we can say that we’re all in this together, it really doesn’t appear to be the case, particularly when you look at financial issues,” he said.

The survey found 42 per cent of young Canadians — those between the ages of 18 and 34 — said their financial situation had worsened over the past year. 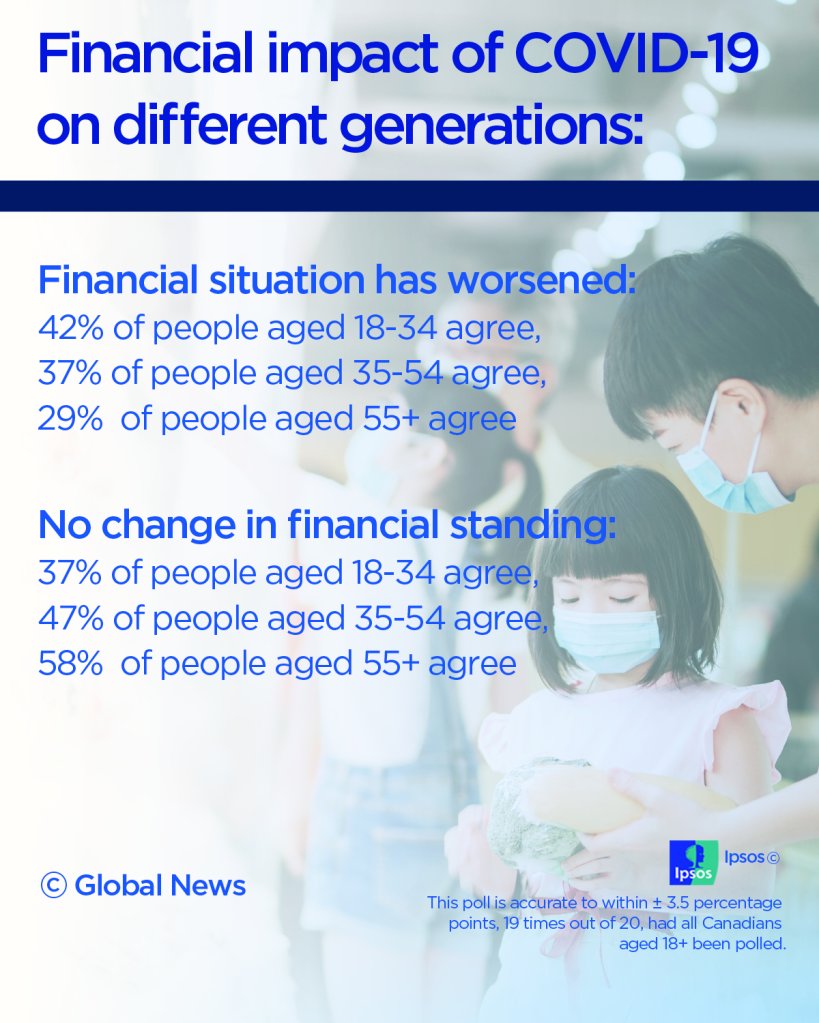 Further, over half (58 per cent) of Canadians 55 and older said they experienced no change to their financial standing in the last year.

Moshe Lander, an economist at Concordia University, said he is not surprised to hear younger Canadians are reporting financial difficulties amid COVID-19.

He said they were being hit hard financially even before the pandemic.

“The pandemic is, in a lot of cases, laying bare some of the issues that already existed before and exposing them for what they really are,” he said. “So I don’t know that I would attribute this necessarily as being, you know, the pandemic is what’s causing it, but certainly the pandemic is exposing it.”

Lander added that both the financial and housing markets have “not been available to young people,” for quite some time.

“The fact is that if young people are fortunate to even have a job, they certainly aren’t in a position where they can they can generate savings to get themselves on the housing ladder or to be able to buy a well diversified portfolio,” he said.

Young people also tend to work in industries which have been hit hard by the pandemic, including the service industry or retail.

Lander said, though, that when those sectors open up, there likely isn’t going to be a large rebound.

“The fact is that if they can find any work in that industry, they’re going to be lucky to begin with.”

What’s more, Lander said a lot of the jobs young people rely on were being automated or erased even before the outbreak.

“The pandemic has just laid bare that, you know what, those jobs probably aren’t coming back,” he said. “So it’s making it all that much more difficult for for young people to find their footing on the labour market.“

Bricker, too, said the pandemic has “elevated and escalated” financial issues facing young Canadians before the virus was ever detected.

“My expectation is that this problem that has been amplified by the by the pandemic is going to only become more pronounced in the public discussion going forward,” he said. 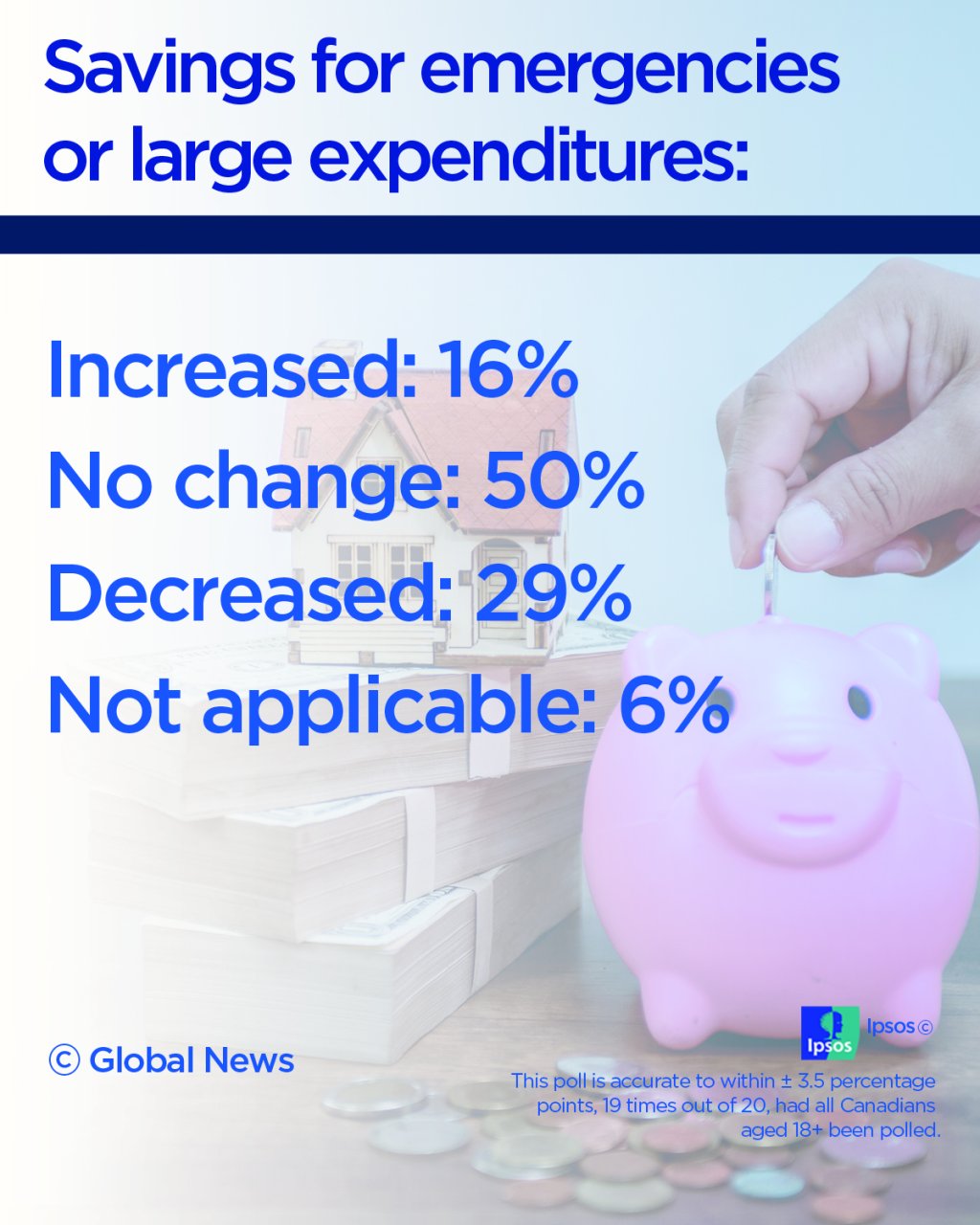 The poll also found unemployed Canadians were significantly more likely to say their financial situation has worsened over the last year.

When it comes to supporting young and unemployed Canadians who have been hit hard by the pandemic, Bricker said it’s about turning the federal government’s promise of ‘building back better’ into concrete action.

“The real question is going to come down to how are those intentions going to be translated into real actions that are going to help some of the population that has been worse-off as a result of the pandemic?” he said.

“How is that going to be realized? And at this point, there’s not a lot of specifics on that.“

METHODOLOGY: This Ipsos poll was conducted between March 2 and 3, 2021 on behalf of Global News. For this survey, a sample of 1,000 Canadians aged 18+ was interviewed online. Quotas and weighting were employed to ensure that the sample’s composition reflects that of the Canadian population according to census information. The precision of Ipsos online polls is measured using a credibility interval. In this case, the poll is accurate to within ± 3.5 percentage points, 19 times out of 20, of what the results would be had all Canadian adults been polled. All sample surveys and polls may be subject to other sources of error, including, but not limited to coverage error, and measurement error.