Summer arrives in Canada, and so does extreme heat. How to stay safe

Canadians waiting for the warm weather to finally arrive were rewarded Tuesday as the summer season officially began.

Summer weather plays out differently across Canada, but with the impacts of climate change, one common aspect of the season is that it tends to bring hotter-than-usual temperatures to much of the country.

Summer weather 2022: What can Canadians expect this year?

Last year’s scorcher of a summer brought record-breaking temperatures and severe wildfires, and while Global News Chief Meteorologist Anthony Farnell is forecasting few extreme events this year, Canadians must be prepared to protect themselves from the hot temperatures, said Dr. Samantha Green, a family physician in Toronto.

“We know that these events have increased and will continue to increase, and even if we take immediate action to stop burning fossil fuels and reduce our greenhouse gas emissions today, we have this further warming kind of baked in,” said Green, who is also the faculty lead in climate change and health at the department of family and community medicine at the University of Toronto.

“We need to both immediately reduce emissions … and also develop resilience and adaptation strategies so that we have fewer deaths and less disease from these heat events.”

Summer in southern Ontario started off on Tuesday with an extreme-heat event that carried into Wednesday, which had temperatures registering in the low 30s, according to Environment Canada.

In Toronto, temperatures were expected to hit 33 C Wednesday and the humidity would make it feel like 42 C at some points in the day, the national weather agency said. 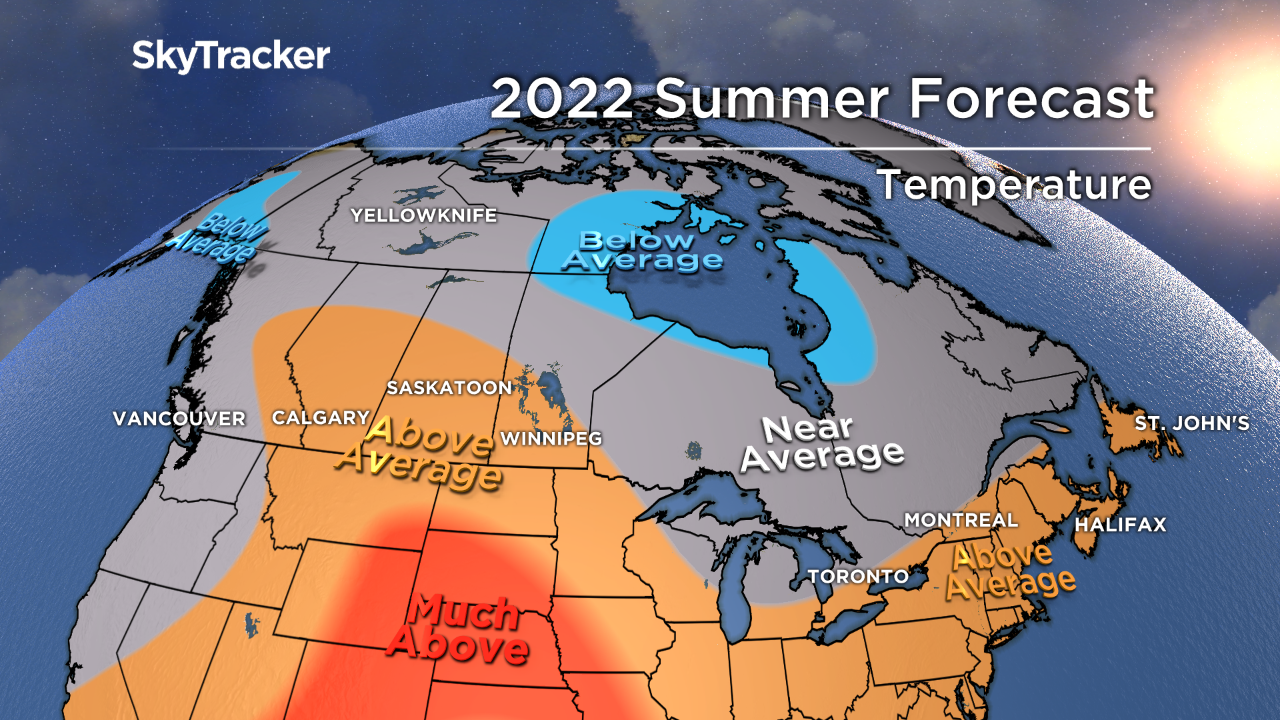 “Some people are more at risk than others – young babies, the elderly, people with chronic medical conditions including asthma, heart disease, diabetes, chronic kidney disease, pregnant women – they are more at risk of heat-related illness, including heat exhaustion, heat stroke and also an exacerbation of their chronic condition,” Green said.

Furthermore, other people more at risk include outdoor and gig economy workers, people who work indoors without air conditioning and people living in poverty who may not have access to cool spaces, she added.

Climate change might be spiraling out of control. What does that mean for Canada?

There is no standard definition of an extreme heat event, or heat wave, but Canada Health defines them based on the potential for hot weather conditions that result in an unacceptable level of health effects, including increased mortality.

These types of events should be labelled as natural disaster in Canada, according to the authors of a report published in April.

The Intact Centre on Climate Change at the University of Waterloo report said most of Canada will feel the effects of extreme heat by mid-century with southern B.C., the Prairies along the U.S. border, and southern Ontario and Quebec at highest risk.

More than 17 million people living urban centres are most at risk of extreme heat events, the report added.

“So places without enough green space, in urban heat islands, the temperature can be up to 12 degrees hotter compared with surrounding neighborhoods with adequate green space,” Green said, adding that while certain people are more at risk, everyone can develop heat exhaustion where they feel unwell, dizzy and nauseous.

“That can quickly lead to heat stroke, which is devastating and can have like a 50 per cent mortality in some populations,” she said.

Extreme heat can remind Canadians that the sun is hot, but it shouldn’t take the sizzling weather to remember how harmful too much sun exposure can be, said Elizabeth Holmes, senior manager of health policy with the Canadian Cancer Society.

In Canada, from April to September, the sun produces ultraviolet (UV) rays at higher levels that are harmful to the skin, Holmes said.

“Being in contact with UV rays from the sun is the most important risk factor for developing skin cancer,” she said.

Skin cancer is the most common type of cancer in Canada, Holmes added. The Canadian Cancer Society is estimating that 9,000 Canadians will be diagnosed with melanoma this year, and that 1,200 will die from it.

At least 65 per cent of melanoma cases are due to UV radiation, Holmes said.

When it comes to UV rays, it doesn’t matter how hot it is. Even if it’s a chilly day, if the UV index is three or higher, it’s important to practice sun safety, she said.

A hot couple of months are predicted south of the border in the central United States, and this heat ridge or dome will also play a role in summer weather patterns across Canada.

At times, the ridge will head north into the Prairies or east into the Great Lakes and bring mostly short doses of heat and humidity before retreating back south of the border.

Starting Saturday, the B.C. Interior will experience its first hot stretch of weather with daytime highs rising into the low-to-mid 30s, and overnight lows down to the mid-teens, Environment Canada said in a special weather statement on Wednesday.

This summer, Canadians need to pay attention to the weather forecast to understand what the temperature and UV levels will be like, experts say.

If there’s going to be an extreme-heat event, Canadians should prepare plans for their loved ones who don’t have air conditioning to stay in a cool place, Green said.

Residents should be checking in on isolated neighbours, especially the elderly, in the lead up to and during those scorching hot days, she added.

“You can even use water to stay cool, so take a bath or shower or apply wet clothes to your body during an extreme-heat event if you don’t have access to air conditioning, and spend time in the shade. If it’s peak heat in the middle of the day, stay indoors.”

Canadians should be covering up their skin as much as possible with clothing, wearing hats, sunglasses and sunscreen with SPF 30 or higher, she added.

“The important thing to remember about sunscreen is picking one that you’re going to wear, and that you should be using sunscreen along with shade, clothing and hats and not instead of them,” Holmes said.

“The most important thing is to apply (sunscreen) and then reapply it according to instructions.”

In Montreal and Vancouver for example, the municipal governments are opening cooling spaces, such as public libraries and community centres, where people can escape the heat in an air-conditioned environment.

They also extend access for amenities like swimming pools and wading pools. Government staff are also on the lookout for those in public, including homeless populations, who may be vulnerable to extreme heat to make sure they’re OK.

Also in Toronto, the #BeSunSafe sunscreen program exists, where sunscreen dispensers are placed in many parks for public use.

Aside from reducing greenhouse gas emissions, governments can also work to build and retrofit buildings to ensure they’re cool without the use of an air conditioner, Green said.

Cities get hotter during heat waves. Here’s how they can adapt for climate change

“There’s also this devastating risk of experiencing an extreme-heat event and a power outage at the same time because we draw on more power during extreme heat,” she said.

Cities should turn away from building full glass towers, she said, adding infrastructure should have green or white roofs that reflect heat instead of absorbing it.

Green added governments should look at mandating the use of air conditioning in certain facilities, like long-term care homes, as well as planting more trees especially in low-income neighbourhoods that may not have enough shade.

Holmes agrees, saying governments must have sufficient structures to offer shade, as well as increase their messaging around safety.

“Those are all things that governments can do when designing spaces, as well as individuals in your own home and your spaces where you play outside.”

— with files from Anthony Farnell and The Canadian Press