Get ready to rock your red and white with us at the Q107 Canada Day Picnic!

On Sunday, July 1st join us live on location all day long for loads of food, fun and good tunes! We’re featuring Q107 Rock & Roll Tributes to Tom Petty, The Tragically Hip, Queen, Led Zeppelin, Bob Marley, Eagles and Prince. Then we’ll cap off the night with Toronto’s largest fireworks display from Ashbridges Bay, set to a “live” tribute to KISS! The party starts at noon on Canada Day, in Woodbine Park near the beaches. Come down and enjoy midway rides, great eats and a great selection of beers in the Mill Street Brewery Beer Garden.

Make sure to stop by the Q107 tent to purchase your limited edition Canada Day Q-shirt for only $20. Proceeds will go to Daily Bread Food Bank in support of Corus Feeds Kids. We’ll have a limited amount of shirts!

Q107 Tribute to The Tragically Hip

Q107 Tribute to KISS which will also include a set with fireworks at Ashbridges Bay! (Approx start of fireworks is 10:00pm) 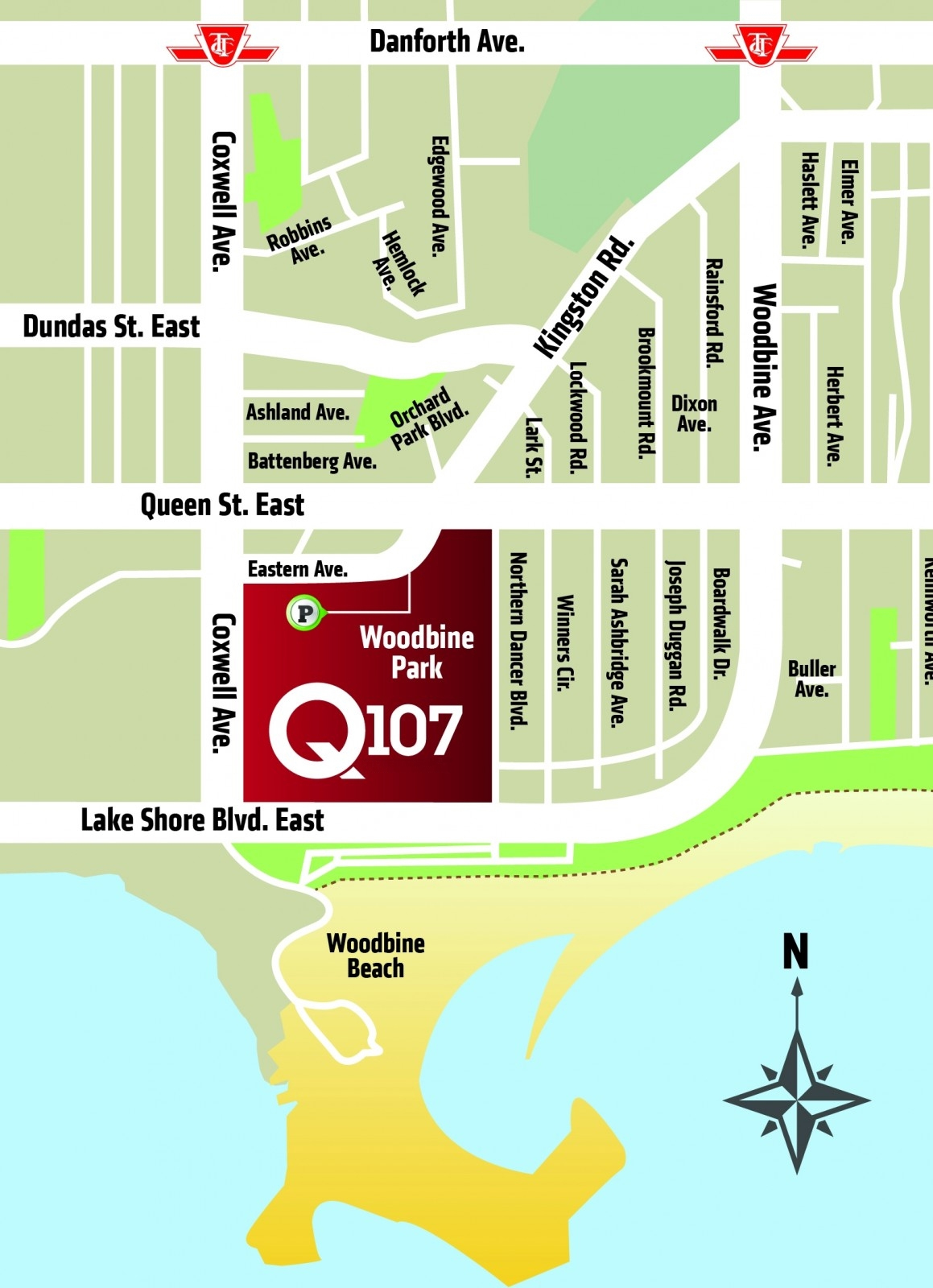 Driving from the north:

Driving from the west:

Metered parking is available throughout the Beach area along its main arteries. Several Toronto Parking Authority lots are also scattered throughout the area.