Processed food is increasingly abundant and available. A research team examined the impact processed food can have on the intestines, and how that can potentially lead to an autoimmune disease – conditions in which the body attacks and damages its own tissues, including type 1 diabetes, celiac disease, lupus, multiple sclerosis, autoimmune thyroiditis and Crohn’s disease.

In their report, researchers from Israel and Germany write there is a “significant circumstantial connection” between the increased consumption of processed food and the increase in the numbers of autoimmune diseases.

Eating processed foods weakens the intestine’s resistance to bacteria, toxins and “other hostile nutritional and not nutritional elements,” which in turn increases the likelihood of developing an autoimmune disease, according to the study.

“In recent decades there has been a decrease in incidence of infectious diseases, but at the same time there has been an increase in the incidence of allergic diseases, cancer and autoimmune diseases,” said professor Aaron Lerner, of the Technion Faculty of Medicine.  “Since the weight of genetic changes is insignificant in such a short period, the scientific community is searching for the causes at the environmental level.” 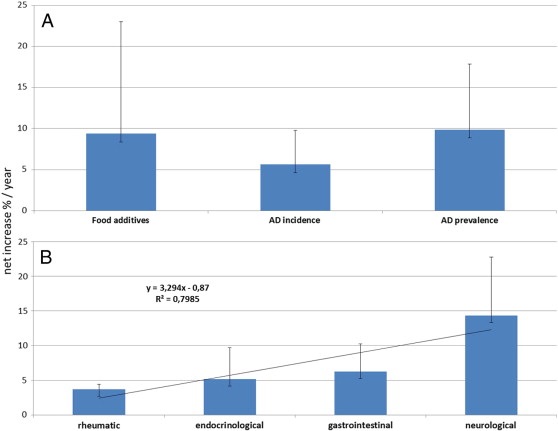 Food additives like, “glucose, salt, emulsifiers, organic solvents, gluten, microbial transglutaminase, and nanoparticles are extensively and increasingly used by the food industry, claim the manufacturers, to improve the qualities of food. However, all of the aforementioned additives increase intestinal permeability by breaching the integrity of tight junction paracellular transfer,” the authors write.

READ MORE: How much processed meat and red meat should you be eating?

The researchers claim when the permeability of the intestines is weakened that can lead to an autoimmune disease.

The researchers also advise patients with autoimmune diseases, and those who have a family background of such diseases, to consider avoiding processed foods when possible.

The study was published in Autoimmunity Reviews.