International journalists are on route to view the dismantling of North Korea’s nuclear test site, but some experts are warning the regime’s show of good faith is just destroying evidence.

The Punggye-ri nuclear test site is tucked away remotely in the mountain of the North’s sparsely populated interior. Journalists from the U.S., China, Russia, South Korea and the U.K. were all invited to witness its dismantlement, which is set to take place in the next day or two.

North Korea’s decision to close the nuclear test site has generally been seen as a welcome gesture by Kim Jong Un to set a positive tone ahead of the summit with U.S. President Donald Trump.

But international weapons inspectors and scientists were not invited to the closing ceremony, and some experts are concerned about this, saying key evidence about the regime’s nuclear weapons program will be destroyed in the process.

‘It’s nothing more than destroying evidence’

Cheon Seong Whun, a visiting research fellow at the Asan Institute for Policy Studies, told CNN the world is missing an opportunity in understanding the history of North Korea’s nuclear program and whether the nation is sincere about giving up its missiles.

“North Korea’s arbitrary action to dismantle this facility on its own, this is not something that we can believe is part of North Korea’s declared aim of denuclearization. It’s nothing more than destroying evidence,” he said.

Cheryl Rofer, a chemist specializing in national security issues, agrees. She also told CNN a lot of valuable information about North Korea’s nuclear weapons program could be destroyed during the dismantling process.

About the Punggye-ri nuclear test site

Punggye-ri is thought to be North Korea’s main nuclear facility. Since 2006, the nation has conducted six nuclear tests in tunnels beneath Mount Mantap, close to Punggye-ri.

The most recent test, in September 2017, was said to have been a hydrogen bomb designed to be mounted on a newly developed intercontinental ballistic missile that has “great destructive power,” state media said.

The test caused a 6.3 magnitude earthquake, according to the U.S. Geological Survey. Japanese media reported that the blast caused a tunnel under the test site to collapse, killing up to 200 workers. 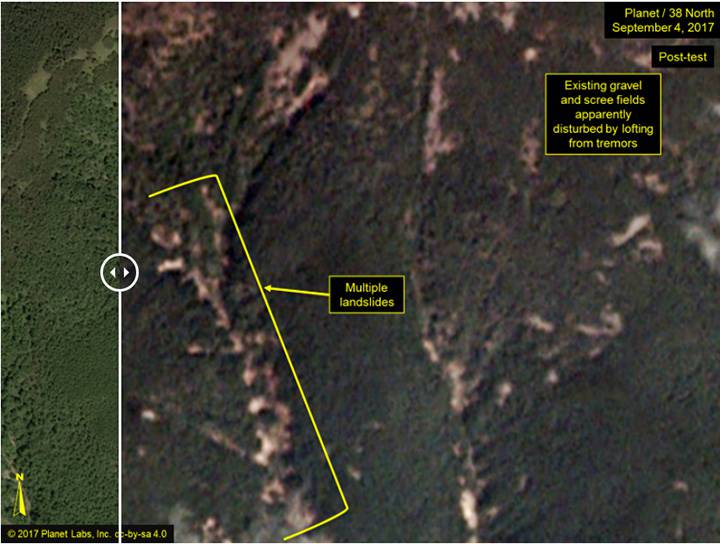 — With files from the Associated Press