According to a report by Rolling Stone, Billboard explained that Lil Nas X’s song was removed because the song “does not embrace enough elements of today’s country music to chart in its current version.”

“Upon further review, it was determined that ‘Old Town Road’ by Lil Nas X does not currently merit inclusion on Billboard’s country charts,” Billboard said in a statement.

The statement continued: “When determining genres, a few factors are examined, but first and foremost is musical composition. While ‘Old Town Road’ incorporates references to country and cowboy imagery, it does not embrace enough elements of today’s country music to chart in its current version.”

The song, which has been described as a trap-like country song, appeared on three Billboard charts at the same time — Billboard Hot 100, Hot Country Songs and Hot R&B/Hip Hop Songs.

A Billboard spokesperson told Genius, “Billboard’s decision to take the song off of the country chart had absolutely nothing to do with the race of the artist.”

Lil Nas X took to social media to react to the news.

His fans joined the conversation in support of Lil Nas X.

they don’t want you to win pic.twitter.com/006aJdz6SV

that’s an L for them

That’s crazy someone get @billboard on the phone they discriminating

READ MORE: Cardi B reacts to claims she drugged and robbed men 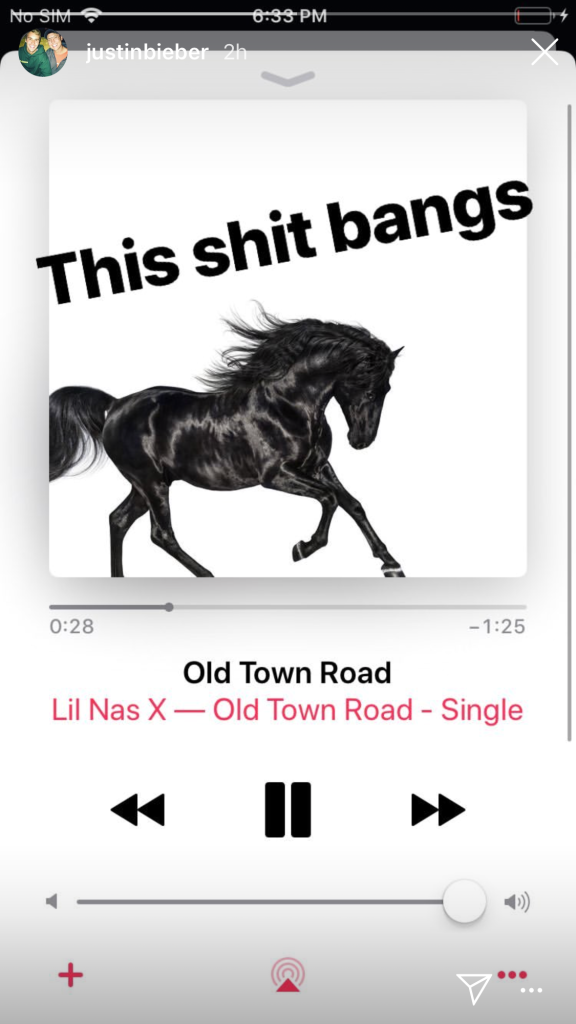